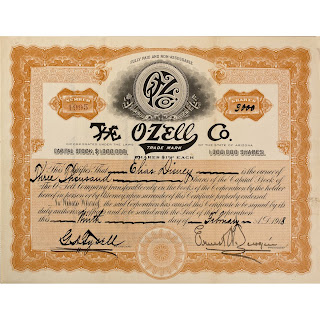 We've all read about Walt's father's many failed business ventures especially the O-ZELL venture which one historian said was hoped would rival Coca-Cola. An amazing archive of material from Ruth Disney Beecher(Walt's sister) has come up for auction:

What's even more exciting than the O-ZELL material is the Walt original from his McKinnley High, "The Voice" days or maybe a sample he used to try and find work at The Kansas City after returning from France. 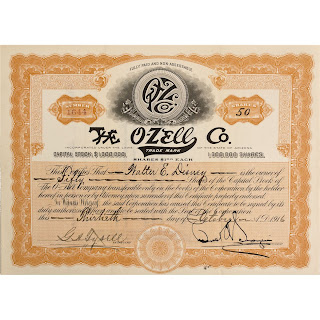 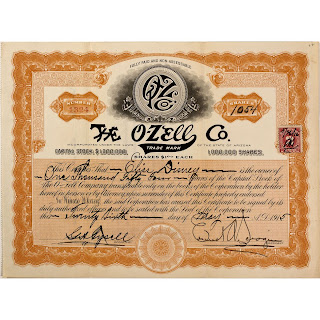 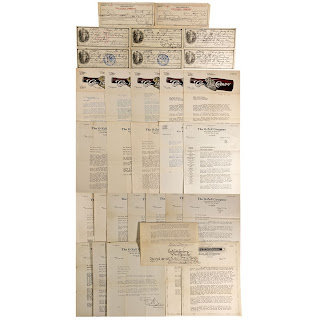 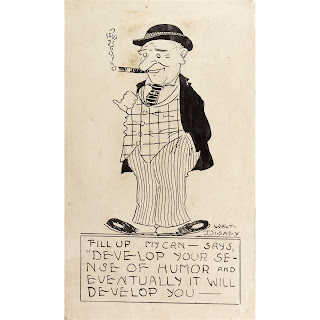 Posted by Mark Sonntag at 3:02 PM No comments: 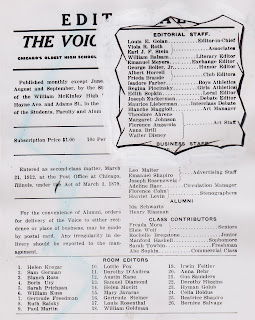 For anyone wanting to accomplish something in life and who only sees the difficulty ahead should really look at the life of one Walter E. Disney who in 1917 and 1918 found himself listed last in the art staff credits of the McKinley High School magazine "The Voice."
In these pages we see the very genesis of the artist and genius who would change the shape of entertainment forever, but at that time Walt Disney's dream was simple, he wanted to draw and become a cartoonist like some of his heros, Carey Orr and George McManus, possibly even George Herriman.﻿ 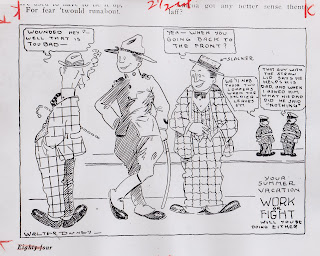 World War I rages on in Europe and his brother Roy is in the navy, patriotic themes occupy much of his work at the time, like this piece which depicts two loafers talking with a soldier, in the background police can be seen waiting to nab them. The drawing seems to attempt to emulate McManus right down to the shapes of the characters.﻿ Of course Walt is only 16 at this point and hasn't found his own style and voice, you can see him searching though. 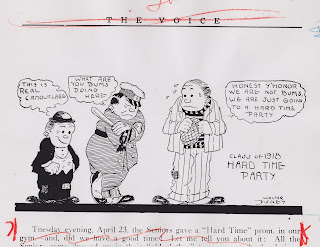 This drawing of McKinley High seniors heading to a "Hard Time" prom dressed as hoboes get in trouble with a cop who thinks they are real hoboes, shows very subtle differences to the above drawing like the eyes being inked in and a simpler composition. There is certainly a love of drawing in these early Disney pieces, you can see a kid who has taken his first steps forward in a field of his interest and is totally immersed in it.

Not too long after this last drawing, Walt must have left school and enlisted with the Red Cross. Within two years of these drawings he would discover animation and literally ten years in the future a mouse would be born.
Posted by Mark Sonntag at 9:26 PM 7 comments: 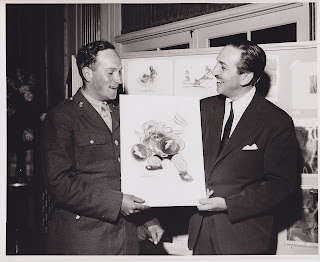 I recently bought this photo and am wondering if anyone has any idea who that is with Walt? I would peg the photo as having been taken around 1942, note the storyboard for the Thumper springtime sequence from Bambi behind them. We know that the Disney artists didn't start work on military projects until after Pearl Harbor and Bambi was released in 1942 so it would be sometime in that period.
Posted by Mark Sonntag at 1:26 PM No comments:

I think it's important to stop for a moment and reflect on the passing of Steve Jobs. He was a true visionary who like Walt Disney dragged us mere mortals along for the ride. His self belief and tenacity as a leader changed the world in immeasurable ways, the repercussions of his life will be felt for decades to come. And, like other great visionaries before him he will continue to inspire the rest of us.

His work here is done, RIP and thank you.
Posted by Mark Sonntag at 11:49 PM No comments: