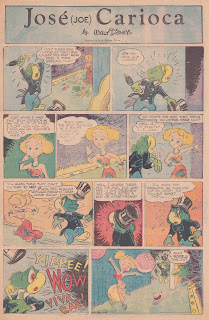 I meant to post this 2 weeks ago but one of my beloved pet rabbits passed away suddenly. It through our lives in disarray, both my wife and I have been very upset. But starting to move again and look to the future.
Posted by Mark Sonntag at 1:55 PM 2 comments: 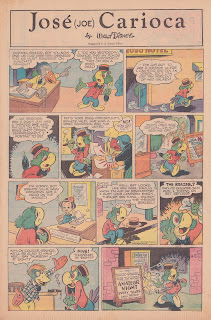 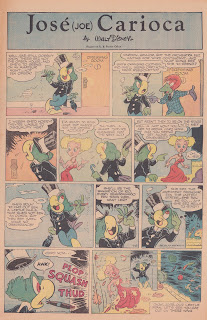 Last year I posted some more Jose Carioca strips, I didn't know much about them, who drew them and what have you. David Gerstein left the following comment, which in case you didn't ﻿get to read it sheds some light on these strips:
The examples you published were drawn by Bob Grant and Karl Karpé (the earlier page) and Paul Murry and Dick Moores (the later one).

The José Sunday strip succeeded the Silly Symphonies Sunday; it was later replaced by a Panchito strip, which was itself then replaced with Uncle Remus (so you can see how this worked in succession).


Only a couple isolated Sundays from the José series have been reprinted in modern US comics, but they're incredibly popular in Brazil, where local Disney cartoonists followed up on the Sundays' continuity and cast of characters when starting their own José series (which continues today).

The strips David refers to here were posted on July 29 and August 7, 2011. I find it fascinating that the strip continues in Brazil, I wonder if they would ever be collected in book form and translated.
Posted by Mark Sonntag at 12:34 PM No comments: 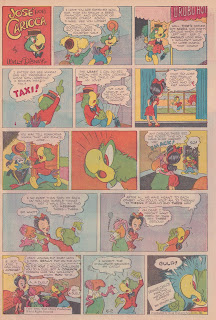 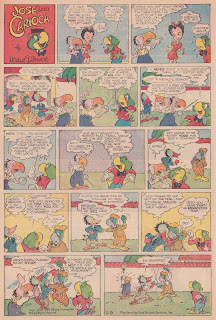 Posted by Mark Sonntag at 4:36 PM No comments: 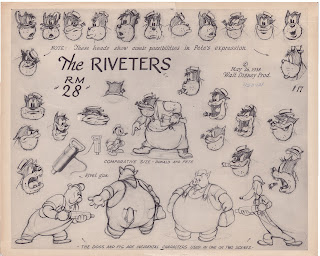 Sorry to anyone who follows the blog, I've been very busy with work and preparing my short animated film. I'm still here with lot's to share.

I have a stack of vintage photostat and ozalid model sheets from Disney in the 30s and early 40s, here's one I particularly like. It's from the 1940 Donald short THE RIVETER. The drawings look like they are trimmed from original animator sketches.
Posted by Mark Sonntag at 8:52 PM No comments: 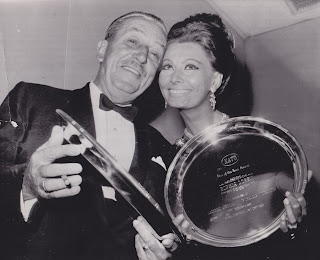 Walt Disney, producer and Sophia Loren, actress, got their heads together as they showed off trophies they received recently in New York from the National Association of Theater Owners. Disney was named Showman of the World and Miss Loren was named Actress of the Year.
Posted by Mark Sonntag at 8:38 PM No comments: