When MICKEY broke the sound barrier 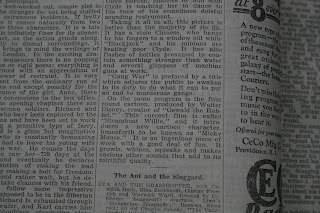 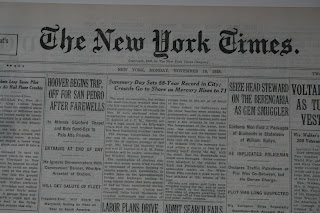 On Monday morning November 19, 1928, THE NEW YORK TIMES appeared on the news stand, none of the headlines indicated that cultural history had been made the night before. Buried amongst the reviews for new films on page 16, is a small paragraph that mentions the name of a man named Walter Disney and a new cartoon character named MICK(E)Y MOUSE .

The Great Depression was barely a year away from starting, and that mouse and his owner would soon shine a light of hope and joy during the dark years ahead.

Eighty years on not much has changed and another difficult time is upon us, but at least we still have the mouse and his friends, HAPPY BIRTHDAY MICKEY.
Posted by Mark Sonntag at 12:00 AM