ALICE GETS IN DUTCH review 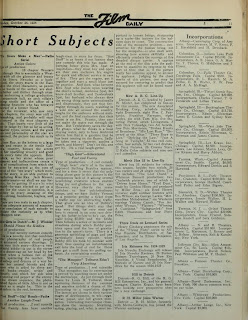 Last week Cartoon Brew posted that whole volumes of the trade magazine FILM DAILY have been scanned and are viewable online. I couldn't help myself and had a browse and found some interesting material like this review (bottom left) from October 26, 1924 for Alice Gets in Dutch.
I saved loads more which I'll share over the coming week or so. Check out these ads for the 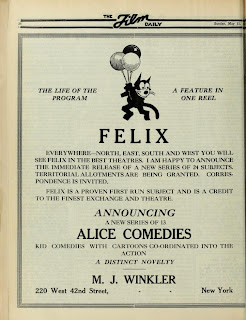 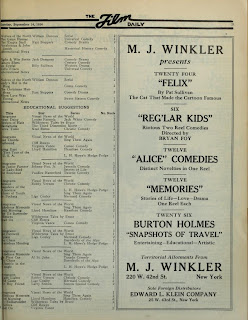 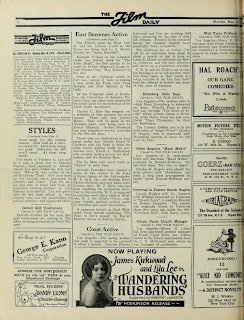 Below is a list from early in the life of the series, I guess this was for would be exhibitors or distributors, remember they were released on a states rights basis and not through a major. Only three shorts are listed as is Walt's name: 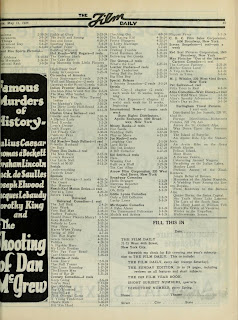 It's interesting how Walt is barely mentioned in any Alice material I found, at least not until later. Didier Ghez will be posting some more ads I found in the next day or so.
Posted by Mark Sonntag at 12:21 AM